Boxford Spinney is an 8 acre site of woodland and meadow sited in picturesque Suffolk. The Spinney is run and maintained by the local Scout and Guide Groups.

The site was acquired in October 1981 and in September 1982 we were able to purchase the ex Babergh District Council Chambers, a cedar clad building which now stands as the main headquarters.

The building was dismantled and stored locally in a barn until funds were replenished enough to commence with reconstruction.

On the 9th September 1985 the Honourable Betty Clay, daughter of Lord and Lady Baden Powell (founders of the Scout and Guide movements), officially opened the campsite. 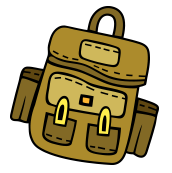 The site is managed by the Spinney Management Committee with representatives from all Scout and Guide sections.

The Boxford Spinney is a registered charity No 1070633

The Boxford Spinney is a registered charity No. 1070633